“The Man Is Innocent. Always Was” – 10 years Later

Posted by SGAA in Media, Michael Jackson, Paparazzi on June 13, 2015 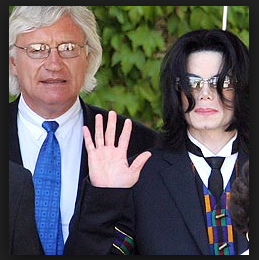 “I truly believe the media thought they could spin their way to a verdict.” – Tom Meserau

Ten years ago today, June 13, 2005, Michael Jackson was exonerated, vindicated, and finally given his long awaited justice for the years of hell he was put through during the decade long pursuit by Santa Barbara District AttorneyTom Sneddon.

Michael walked free after a Santa Maria jury, who after three months of testimony found him NOT GUILTY of fourteen charges which could have brought him 20 years in prison. The jury deliberated for over 30 hours over 7 days before reaching their verdict. When it became clear that the jury had found that prosecutors had not proved their case against him dabbed his eyes with a tissue and Susan Yu began sobbing quietly.

I remember watching the fans outside the courtroom, their silence was deafening but their prayers were answered as the court clerk began to read the verdicts at 2:13 p.m.  When word of the verdict was heard by the several hundred Jackson fans who were gathered outside the courthouse they screamed in approval, hugged one another and were overcome with joy. Joy in the fact that what we, the fans, knew all along -Michael was an innocent man.

Michael’s innocence remains an important part of history both ethically and journalistically. This trial proved how the media continually saturated the public with falsehoods and innuendos. The judge did not allow cameras in the courtroom, the “journalists” had a field day reporting whatever they wanted in an effort to win ratings, hence the trial became a three ring circus. A prime example of this manipulation was the morning Michael hurt his back and went to the hospital. He was warned by the judge if he did not appear in court, bail would be revoked. He had to rush to court in whatever he was wearing. His pajama bottoms became a media feast. But, they had no bearing on the trial or verdict, It was dubbed “Pyjama Day” and pictures of Michael in his pyjama bottoms were spread across tabloids, newspapers and TV, they had a field day with it even though it later it became known that not one juror even noticed Michael’s pants, or lack thereof. Jay Leno even parodied it on The Tonight Show and he was a future witness at the time.

This case was tabloid overload and the media did everything in their power to push the public into believing that Michael was guilty before the trial had begun. I remember seeing the cameras, the trucks, the wiring, the tents in front of that court room and thought to myself… “my God this Michael is a human being not a man in a freak show.”

To understand how huge this was for media ratings, review this layout of the media carnival that descended on the courthouse and how the over 1000 journalists logistically provided around the clock reporting during the trial.

It had to take Michael being acquitted on all charges for the circus to close. The tents came down, the cameras shut down and the so called “journalists” ate crow while quickly slithering away like snakes crawling under their rocks. It was not the story they professed it to be, it was not the outcome they wanted it to be. Michael’s innocence prevailed and still prevails. Ten years later it’s those NOT GUILTY verdicts that resonate throughout the world, in our hearts and most of all in history.

“The man is innocent always was” – Tom Meserau